What can Amsterdam learn from other European capitals? - Hoofdinhoud 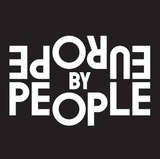 In light of EU2016 The Netherlands Presidency of the European Union, the fourth edition of De Staat van de Stad will explore the adaptability and vulnerability of Amsterdam in this turbulent era, compared to other capitals of EU member states.

For decades Amsterdam has gradually opened up to the world and has become an international city, reaping the economic benefits on the one hand but facing socio-economic challenges on the other. What can the city of Amsterdam learn from the disruptive changes and responsive decisions that are being made in cities throughout Europe to prolong its current state of economic en social success? We will explore this by the publication Innovation in Europe’s Cities (Ricky Burdett). An evening with facts, figures and inspiring stories on city economics, innovation, migration, segregation and inequality by scientists, journalists, actors and the Mayor of Amsterdam.

Author This is London

In Search of Europe